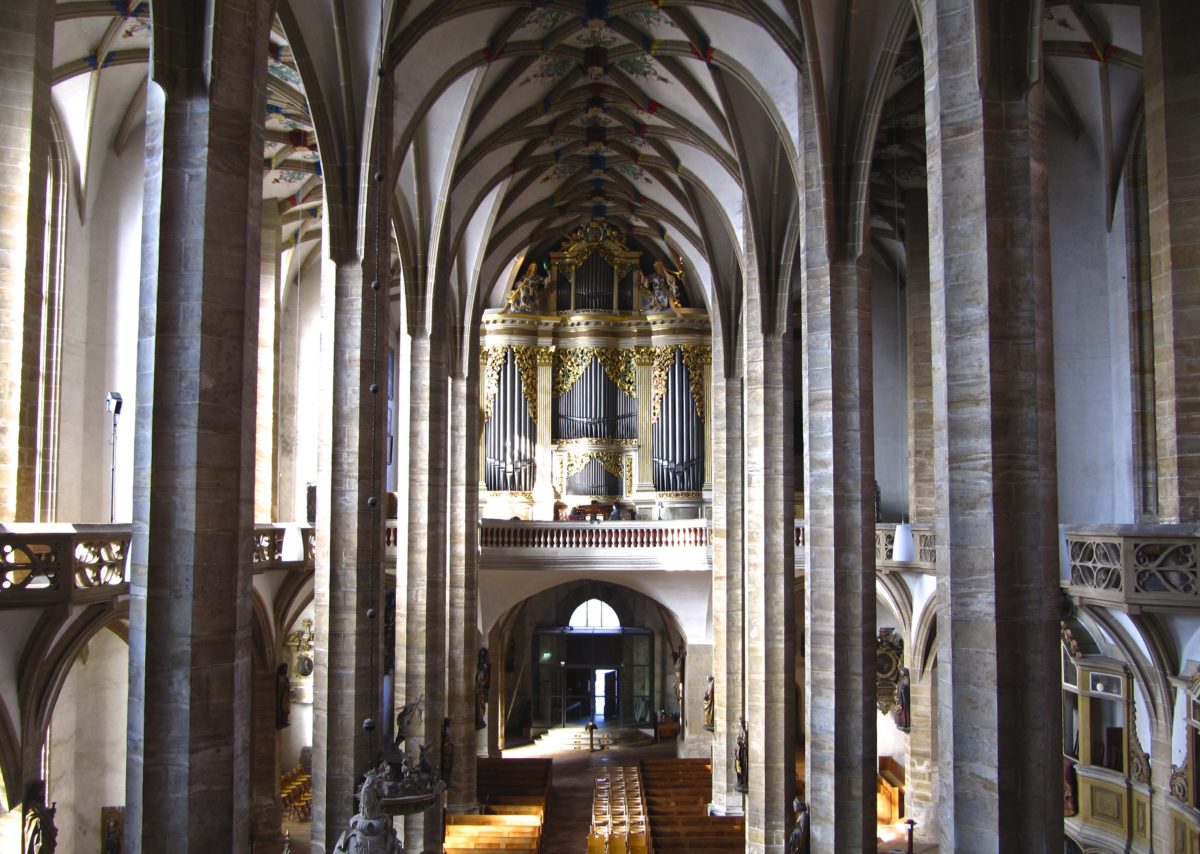 Pipe organs have been seen as old relics or museum pieces; but every pipe organ has a story, and they are a reflection of their time, place, and function. In All the Stops, internationally renowned concert organist and educator Nathan Laube shares his passion for these living and breathing instruments. Join Nathan as he takes you around the world and performs the organ’s finest repertoire on magnificent instruments throughout Germany, France, Slovenia and Croatia, and the United States. In four, two-hour programs, discover the pipe organ’s fascinating history and stunning music on All the Stops.

Nathan explores the pipe organ in Germany, the homeland of the composer most often associated with the instrument: Johann Sebastian Bach. The program frames Bach’s music and life around pipe organs that he would have known: Gottfried Silbermann’s 1711-1714 organ at the Freiberg Cathedral and Zacharias Hildebrandt’s 1746 organ at St. Wenzel in Naumburg. A quick stop to Christ Church in Rochester, New York surveys a pipe organ that illustrates how Bach’s influence on the instrument still holds today: a 2008 process-reconstruction of a 1776 Adam Gottlob Casparini organ, built using techniques only known to the illustrious Baroque composer.

Program 2: France
Nathan takes you into the hidden organ lofts of Paris and Toulouse to discover the sound of the 19th and 20th century symphonic pipe organ in France. The organ mecca of Toulouse houses some of France’s finest organs, including Aristide Cavaillé-Coll’s 1888 organ at the Basilica of St. Sernin and Eugène Puget’s 1880 organ at Notre-Dame du Taur. With a completed restoration in 1862, Cavaillé-Coll’s grand organ at Saint-Sulpice in Paris is also featured.

Program 3: Slovenia and Croatia
At one of the great cultural crossroads of Europe, Nathan explores pipe organs in Slovenia and Croatia. From the bustling cities of Ljubljana and Zagreb, to the pastoral villages of Adergas and Olimje, to the coastal towns of Izola and Piran, Nathan shares the rich organ art of these cities, as well as discovering some family history along the way.

Program 4: United States
The final edition of All the Stops explores pipe organs in the “Great Melting Pot”: the United States. The influence of many cultures and traditions impacted pipe organs in America, particularly during the Industrial Revolution, the Gilded Age, and the Roaring Twenties. Featured instruments include the Kotzschmar Organ in Portland, Maine, which was given to the city by the publishing magnate Cyrus H.K. Curtis and built by the Austin Organ Company of Hartford, Connecticut in 1912; the Hook & Hastings organ in Buffalo, New York, an instrument that was first heard during the US Centennial Exhibition in Philadelphia; and the Wanamaker Grand Court Organ, one of the largest pipe organs in the world, with over 28,000 pipes and 450 stops, all housed in Philadelphia’s Macy’s department store.

This program has been made possible by the generous support of an anonymous donor.