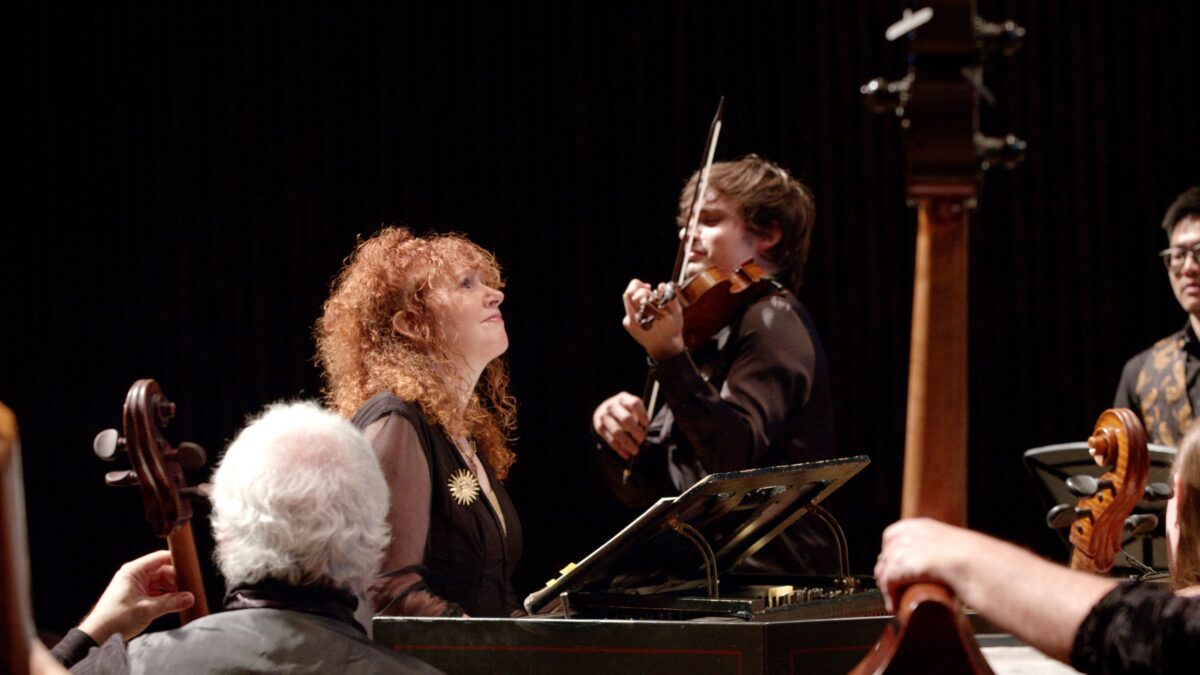 GRAMMY® Award-winning early music ensemble Apollo’s Fire and Jeannette Sorrell team up with Spanish violin virtuoso Francisco Fullana and his 1735 Guarneri violin for this joyous romp through the baroque countryside. Through many tour performances in the past decade, Sorrell and Apollo’s Fire are known for bringing Vivaldi’s masterpiece to life as the revolutionary acts of musical storytelling the composer intended.  From a lonely shepherd-boy on a hillside to a delightfully drunken harvest party… from a thrilling fox-hunt to the icy freeze of winter… the musician-storytellers revel in the joys and sorrows of a time when people lived very close to nature. The concert comes to a climactic finish with Sorrell’s arrangement of Vivaldi’s La Folia (“Madness”).

Apollo’s Fire is a GRAMMY® Award-winning period‐instrument orchestra based in Cleveland, Ohio. Founding director Jeannette Sorrell (also a GRAMMY® winner) has led the ensemble in sold‐out concerts at Carnegie Hall, the BBC Proms, the Royal Theatre of Madrid, the Tanglewood Festival, the Ravinia Festival, London’s Wigmore Hall, the Metropolitan Museum of Art in New York, the Library of Congress, and more. Apollo’s Fire is dedicated to reviving the true spirit of baroque performances – not only with period instruments, but with the emotional impact the music was meant to convey. Sorrell is praised for her “inspired leadership” (THE INDEPENDENT, UK) and “revelatory performances” (OPERA NEWS). With over 16,000 YouTube subscribers and over 5 million “views,” Apollo’s Fire has a worldwide following.

Jeannette Sorrell, Artistic Director of Apollo’s Fire and host of this radio special, is an award‐winning conductor and harpsichordist. Sorrell is the subject of the 2019 documentary PLAYING WITH FIRE: Jeannette Sorrell and the Mysteries of Conducting, directed by 2‐time Oscar winning director Allan Miller. The film tells the story of how Sorrell overcame various hurdles as a young woman conductor – including her job interview for the position of Assistant Conductor with The Cleveland Orchestra, when Maestro Christoph von Dohnányi told her he would not allow her to audition with the orchestra because “the audience in Cleveland would never accept a woman as conductor.” She has also been featured on the video‐interview series Living the Classical Life and in an hour-long live interview with audience at the Tanglewood Festival.