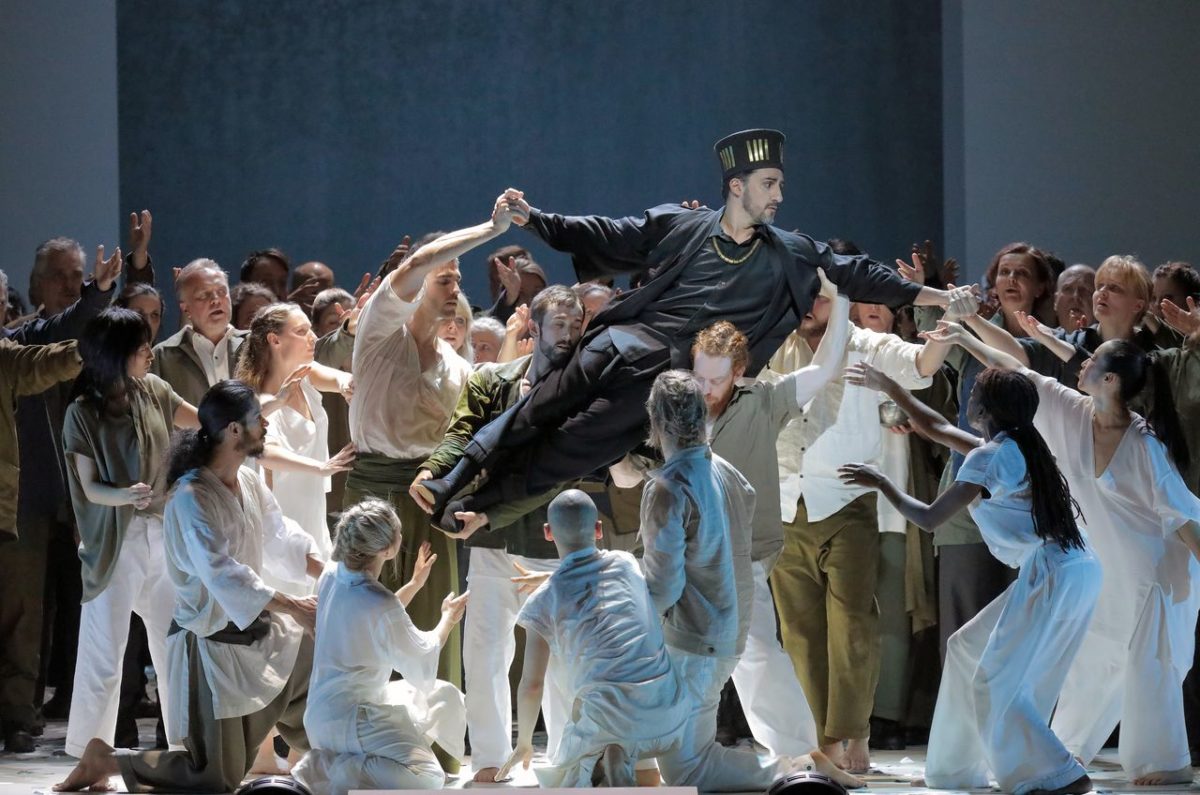 Munich’s operatic history began with the courtly splendor of the young Italian “dramma per musica”, that new, initially exclusive, yet later – in Venice – universally popular form of musical theatre. Elector Ferdinand Maria installed a theatre in the Hercules Hall of the Residence, where the first Italian opera performances were staged for the members of the court society. Concurrently, following a his father Maximilian I’s plan, he also built the first free-standing opera house in Germany by taking the old grain storehouse, the so-called “Haberkasten” (“Oat Bin”), on Salvatorplatz, and reconstructing it as a baroque theatre. The courtly period operas were generally based on mythology and used allegorical figures to pay homage to the ruler and his court.  Often the technical apparatus with its flying machines, sea battles and triumphal marches vied for primacy with the music.

This opera is brought to you through the European Broadcasting Union, by way of the German radio organization Bayerischer Rundfunk.