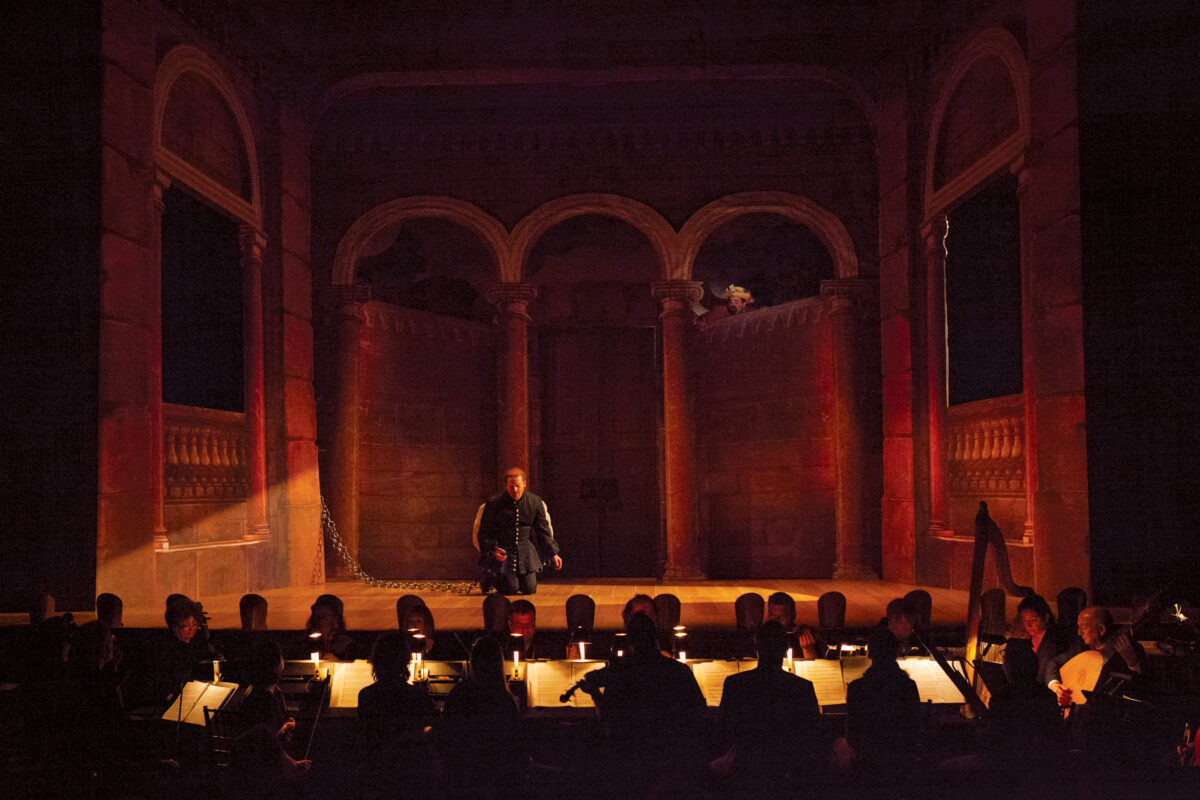 Les Plaisirs de Versailles depicts a rousing and satirical argument among personifications of the many delights found in Louis XIV’s great palace. Les Arts Florissants also exalts the Sun King, showing the forces of Art and Peace triumphant over the agents of war and discord, thanks to peaceful leadership of Louis XIV. Both Les Fontaines de Versailles and Le Concert d’Esculape were written in 1683, the same year the young Lalande took up a new post for King Louis XIV. Written just one year after Louis XIV had moved the French court to Versailles, Les Fontaines de Versailles honors this new era with a meeting of the deities depicted in sculpture around the many fountains adorning the chateau’s gardens. Esculape sings the praises of the Greek god of medicine, Asclepius, as tribute to the court doctor who had successfully treated the wife of the King’s eldest son and heir.

Handel’s Almira, written when the composer was only nineteen, tells a story of intrigue and romance at the Court of Castile. The opera features a trio of love triangles as the newly crowned queen Almira and two princesses navigate the ever-shifting affections of a brave soldier, a loyal aide, and a mysterious foreign ambassador. These lovelorn characters must overcome misunderstandings, jealousies, duels, and dungeons on their way to a joyously happy ending. A remarkable success when it was originally presented in Hamburg, the opera shows the early genius of Handel that would soon make him a star in Italy and London.

The Boston Early Music Festival (BEMF) is universally recognized as a leader in the field of early music. Since its founding in 1980 by leading practitioners of historical performance in the United States and abroad, BEMF has promoted early music through a variety of diverse programs and activities, including an annual concert series that brings early music’s brightest stars to the Boston and New York concert stages, and the biennial weeklong Festival and Exhibition, recognized as “the world’s leading festival of early music” (The Times, London). Through its programs BEMF has earned its place as North America’s premier presenting organization for music of the Medieval, Renaissance, and Baroque periods and has secured Boston’s reputation as “America’s early music capital” (The Boston Globe).