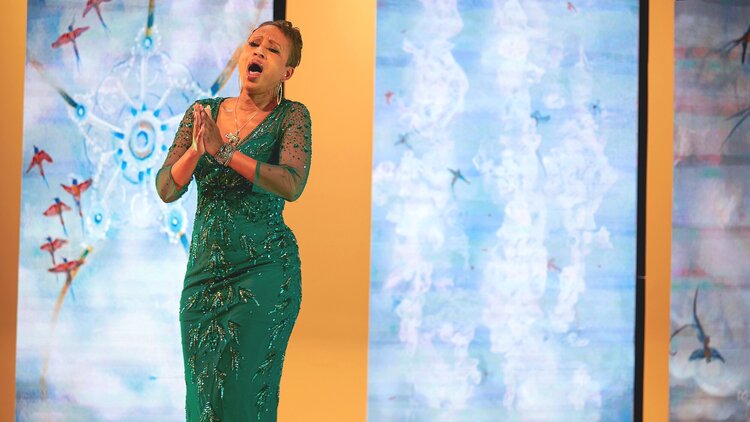 Haymarket launches its tenth anniversary season with one of Handel’s most beloved and enduring works, Acis and Galatea. The shepherd Acis and the sea nymph Galatea are blissfully happy until the jealous cyclops Polyphemus catches sight of them. In a fit of rage he crushes Acis under a giant boulder, killing him and breaking Galatea’s heart. She transforms her beloved shepherd into a stream so that she can splash in its waters for eternity. This compact masterpiece weds a colorful libretto to a sublime score for ninety minutes of sheer musical bliss. Written for the virtuoso musicians of a English country estate, Acis and Galatea works its magic with only a handful of singers and a small chamber ensemble of essential instruments.

Also in the broadcast, Haymarket celebrates Handel’s 336th birthday year with the intimate pastoral cantata Apollo e Dafne. The sun god Apollo has just saved the world from the terrors of the giant Python when he spies the ravishingly beautiful huntress Dafne. He is overcome with desire but Dafne will have none of it. She is devoted to Apollo’s sister Diana, the virgin goddess of the hunt. After a breathtaking chase, she escapes him by transforming into a laurel tree. In his deep grief he promises to keep the tree forever green with his tears and to crown heroes with its leaves. The astonishing beauty of Handel’s music has made Apollo e Dafne one of his greatest hits.