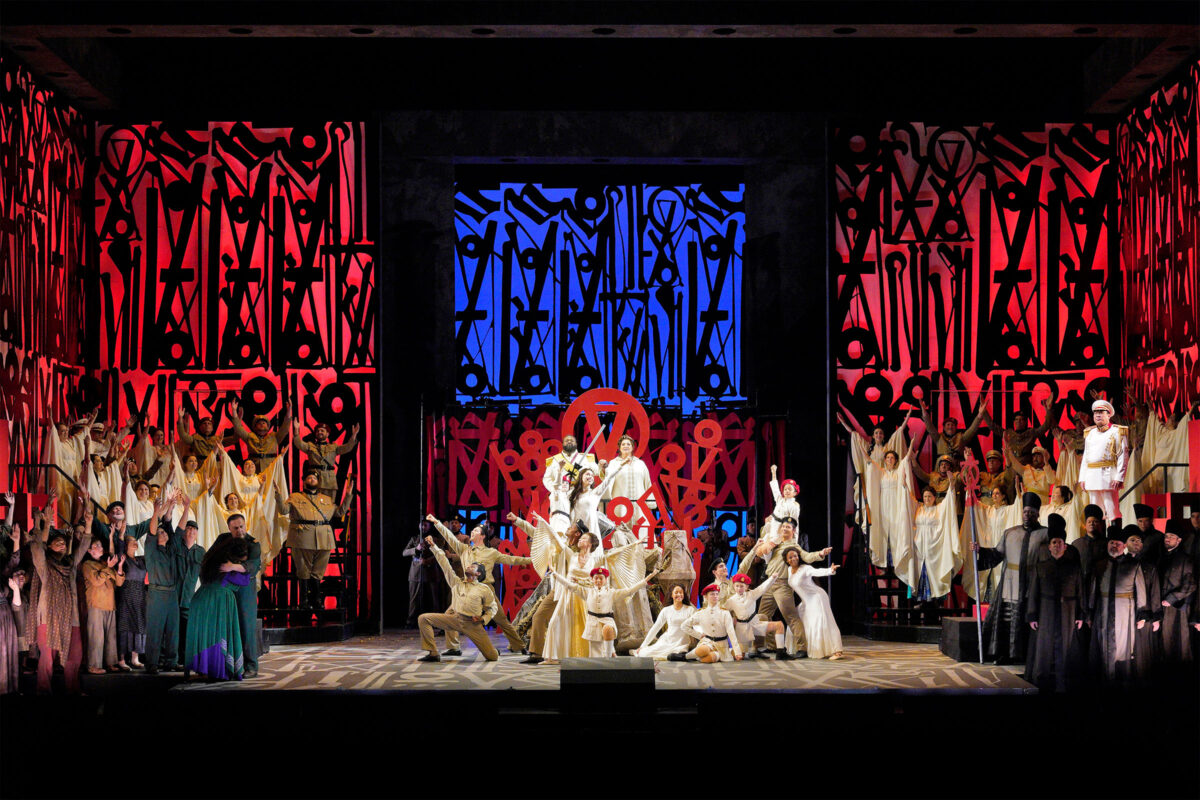 The WFMT Radio Network is pleased to continue the 2022 Opera Series with a stunning performance from LA Opera—Verdi’s inimitable audience favorite Aida.

An opera this grand only comes around once a decade. Verdi’s Aida returns to the LA Opera stage in a lavish new-to-LA production featuring a full chorus, orchestra, ballet, and stunning designs from iconic LA artist RETNA.

Latonia Moore and Russell Thomas star as secret lovers from rival kingdoms in this timeless romance, directed by Francesca Zambello and conducted by James Conlon. With some of the most famous music in all of opera and a gorgeous take on ancient Egypt, this lavish production is sure to entice opera lovers and newcomers alike.

In just over three decades of existence, LA Opera has become one of America’s most exciting and ambitious opera companies. Under the leadership of James Conlon (Richard Seaver Music Director) and Christopher Koelsch (Sebastian Paul and Marybelle Musco President and CEO), the company is dedicated to staging imaginative new productions, world premiere commissions and inventive presentations of the classics that preserve the foundational works while making them feel fresh and compelling.