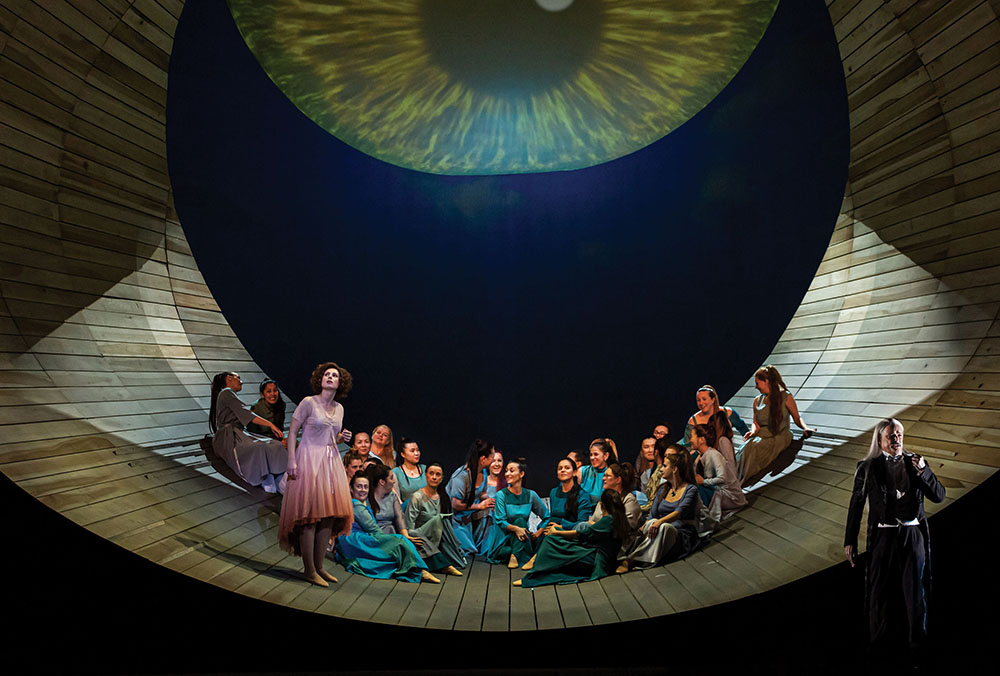 The National Opera of Bordeaux presents a hair-raising performance of Rubinstein’s The Demon, starring Alexandros Stavrakakis as Prince Gudal, Alexey Dolgov as Prince Sonodal, and Nicolas Cavallier as The Demon, alongside Evgenia Muraveva as Tamara and Svetlana Lifar as Nanny.

Created in 1875 at the Mariinski Theater in St. Petersburg, The Demon was one of the most played operas in Russia at the end of the 19th century and became one of the favorite works of [acclaimed operatic bass] F. Chaliapine. Composed by Anton Rubinstein (brother of celebrated pianist Nicolai Rubinstein) and inspired by an Eastern story by Lermontov, the opera deploys a sumptuous musicality outside of the everyday. This is the first performance in Bordeaux of this grand choral work, and features a spectacular production involving the choirs of both the National Opera of Bordeaux and Opera Limoges, directed under the skillful baton of Paul Daniel. (Summary courtesy of Opera National de Bordeaux)