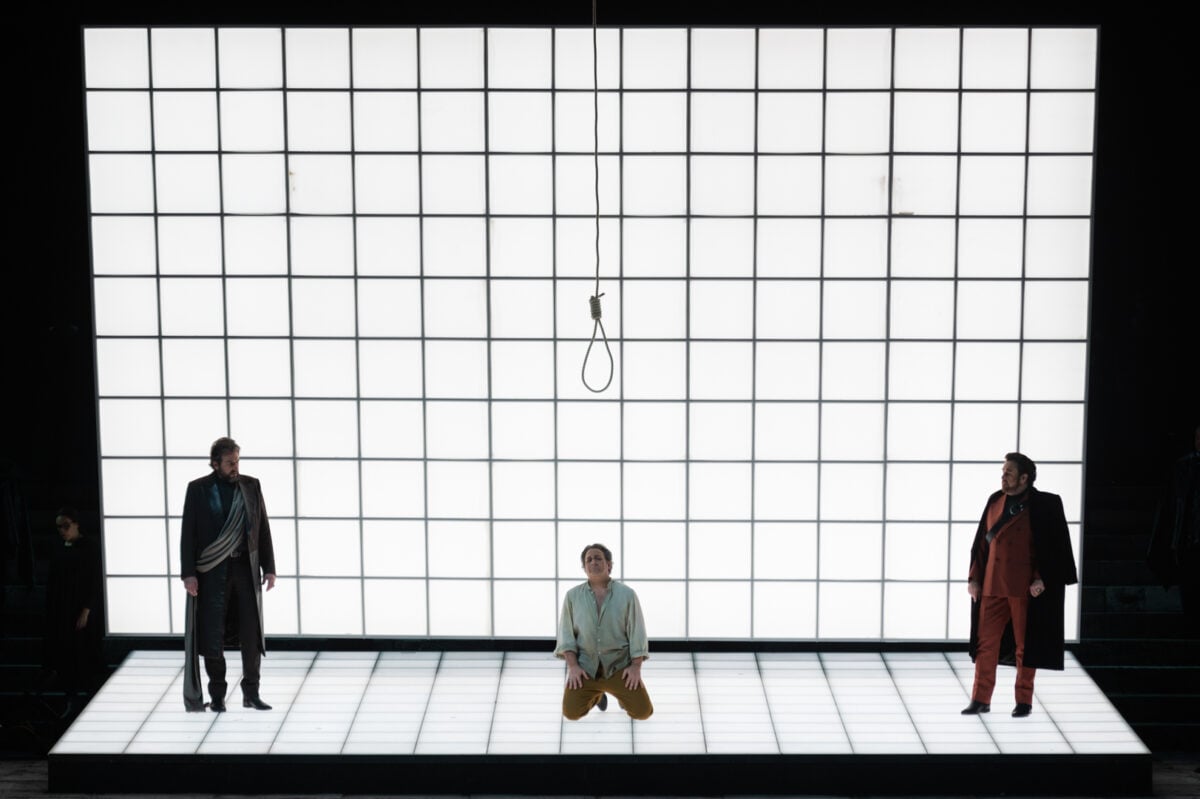 Above: Production photo of I Puritani Credit: Fabrizio Sansoni/Opera Roma

I Puritani was born out of Vincenzo Bellini’s extended love affair with Paris, a city that enchanted him with its rich social and cultural life. It would be the final opera in the Italian composer’s short life, but its musical and political charge make it a powerful closing chapter in his stellar musical career. I Puritani had its premiere at the Théâtre-Italien on 24 January 1835 when it gathered supreme critical and popular acclaim. Teatro dell’Opera di Roma in Rome revives the last jewel in Bellini’s operatic crown, and the work glimmers with passion, emotional charge and compositional drive that clearly demonstrate its longevity in the repertoire.

At the time he received the commission for a new opera, Bellini had been enjoying the Parisian lifestyle for nearly half a year. He quickly set on an arduous search for a libretto, which proved harder than expected. In his social circle, he found Count Carlo Pepoli, an Italian expat poet-for-hire who had never written a libretto before but made up for his lack of experience with strong political opinions and fiery verses. The two men quickly settled on adapting an English Civil War play by Jacques-François Ancelot and Joseph Xavier Saintine titled Têtes Rondes et Cavaliers. As Pepoli proved a slow and vexing collaborator, Bellini got the chance to contribute both to the music and to the dramaturgic text of I Puritani, and the final product clearly shows the composer’s many talents.

I Puritani takes us back to England in the 1640’s, as the civil war between the Royalists and the Puritans is slowly winding down. The latter group, under the leadership of Oliver Cromwell, is about to declare victory. Against this political background, a love triangle between Elvira, Sir Arturo Talbo and Sir Riccardo Forth develops. The two men belong to different warring factions, and the young woman is torn. As personal and political passions bubble over, Elvira starts to lose her mind, and who knows how much longer she can hold on? Bellini explores the societal and intimate romantic struggles in I Puritani with his trademark expressive musical style. His incendiary melodies pair perfectly with Pepoli’s sharp lyrics and make for a truly exciting dramatic opera that will shake the walls of Teatro Costanzi. (Teatro dell’Opera Rome)