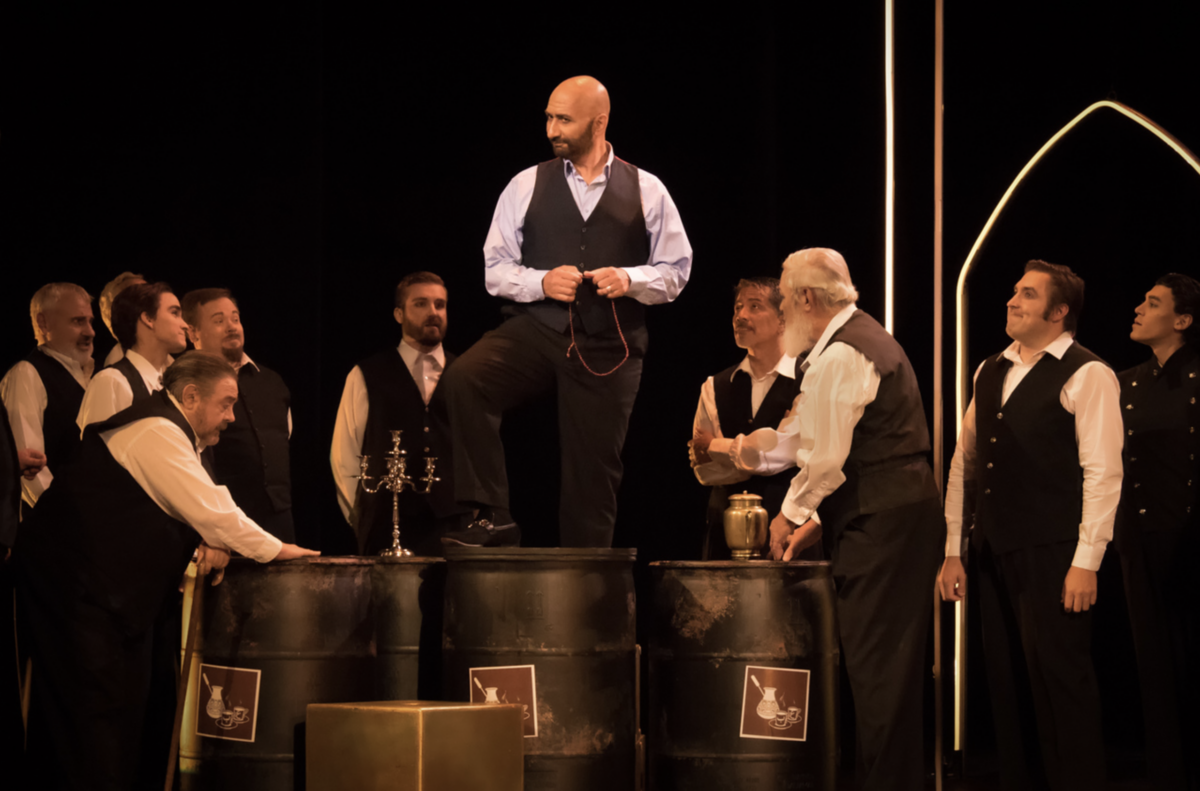 Tancredi, a Sicilian story of chivalry, honor, and tragic love was at one time the most popular opera in all of Europe. The story revolves around two powerful families, who, like the houses of Capulet and Montague, have a long-standing feud. Against a backdrop of the ever-present threat of Saracen invasion, a complicated romance develops between the exiled solider Tancredi and the beautiful Amenaide. When Amenaide is sentenced to death for a treason she did not commit, a disguised Tancredi fights to defend both his love and home. One of Rossini’s most flawlessly lyrical works, Tancredi showcases Rossini’s supreme concern for pure beauty of vocal sound.

With a libretto based on “Alì Babà and the Forty Thieves,” the well-known and lively story from One Thousand and One Nights, Alì Babà was composed by Giovanni Bottesini, an Italian composer and double bass virtuoso known as the “Paganini of the bass.” The opera premiered in 1871 in London, receiving considerable acclaim and numerous performances. However, later the score was lost and the opera has not been heard in well over a century. Opera Southwest Artistic Director Anthony Barrese has reconstructed the score from the composer’s original manuscript, and Opera Southwest has given the work its modern American premiere. Opera Southwest’s production of Ali Baba was sponsored by the Brabson Library and Educational Foundation.

Opera Southwest (OSW) is Albuquerque’s opera company and its mission is to produce quality, professional, enjoyable and accessible opera in an intimate setting for audiences of all ages. The company was founded in 1972 as Albuquerque Opera Theatre by Dr. Edward T. Peter, Maestro Kurt Frederick and others. The 2020-2021 season is Opera Southwest’s 48th year of producing world-class opera in Albuquerque.

Known for her “powerful, crystal-clear voice,” Kathlene Ritch (Lohengrin) has sung with such noted ensembles as the New York Philharmonic, London Sinfonietta, and the Vienna Philharmonic. She made her solo debut at Lincoln Center with the American Symphony Orchestra in Listz’s Dante’s Inferno. With that same ensemble, she recorded a live concert version of Die ägyptische Helena as Hermione opposite Deborah Voigt’s Helen. Kathlene’s true passion, musical theater, has been a lifelong pursuit. Two of her career highlights were performing Sweeney Todd at Lincoln Center, and Carousel at Carnegie Hall. Kathlene lives in Santa Fe where she sings with the Santa Fe Desert Chorale, is the accompanist for the Santa Fe High School choral and musical theater programs, as well as cantor and children’s choir director at the Church of the Holy Faith. She still travels around the country singing with the Grammy-winning ensemble, Conspirare, most recently as a soloist in the oratorio Considering Matthew Shepard, which was the subject of a PBS documentary in 2018.

Kathlene is also an on-air announcer for Classical 95.5 KHFM Santa Fe/Albuquerque. She is the host of all live Broadcasts of Opera Southwest on KHFM, for which she has won a “Golden Mike” award from the New Mexico Broadcasters Association.

This program is a part of the WFMT Radio Network Opera Series, a series designed to complement the Metropolitan Opera broadcasts to fill out the year with great Opera content. The series begins in June and lasts until November.