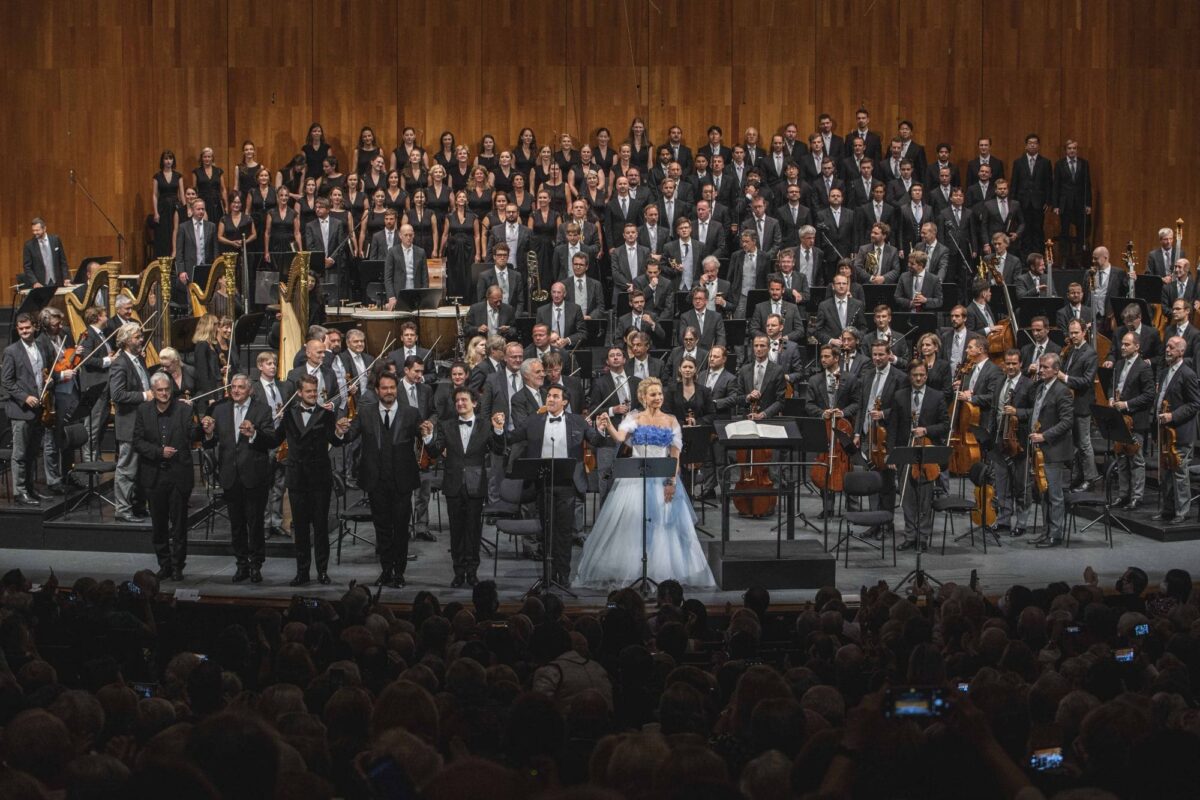 Above: Concert photo of The Damnation of Faust Credit: Marco Borelli

The 2022 WFMT Radio Network Opera Series continues with the Salzburg Festival’s brilliant production of Berlioz’s The Damnation of Faust, featuring Charles Castronovo as the romantic and tortured title character, with Ildar Abdrazakov as the wily Mephistopheles and Elīna Garanča as Marguerite. Alain Altinoglu conducts the Salzburg Festival Orchestra.

About the Salzburg Festival:

… as Goethe wrote. A feast in this city of which the great Austrian poet Hugo von Hofmannsthal said, “Salzburg is the heart of the heart of Europe. It lies halfway between South and North, between Switzerland and the Slavic countries.”

The Salzburg Festival was founded more than 90 years ago by Hugo von Hofmannsthal, Max Reinhardt and Richard Strauss, and is a magnet today more than ever. We are often asked what the secret of this Festival is and what makes it so special and magical. There are three main factors that make the Festival such a success: First of all, the Salzburg Festival offers a broader artistic program than any other festival: Salzburg features opera, drama and concerts. And in the selection of works and interpretations, it also offers the broadest spectrum from Mozart, the genius loci, to modern works, from classical interpretations to avant-garde experimentation, from Hofmannsthal’s Jedermann to Tchaikovsky’s Eugene Onegin. And only the best and most famous artists from all over the world are invited to Salzburg. Furthermore, visitors to the Salzburg Festival can combine the enjoyment of art with vacationing. During the daytime, the unique surroundings and the lakes of the Salzkammergut make for wonderful excursions and golfing – in the evening, the Festival beckons with incomparable performances. And finally, the Salzburg Festival has a very special flair. Salzburg’s Hofstallgasse and the entire Baroque old city center form the Festival’s backdrop.