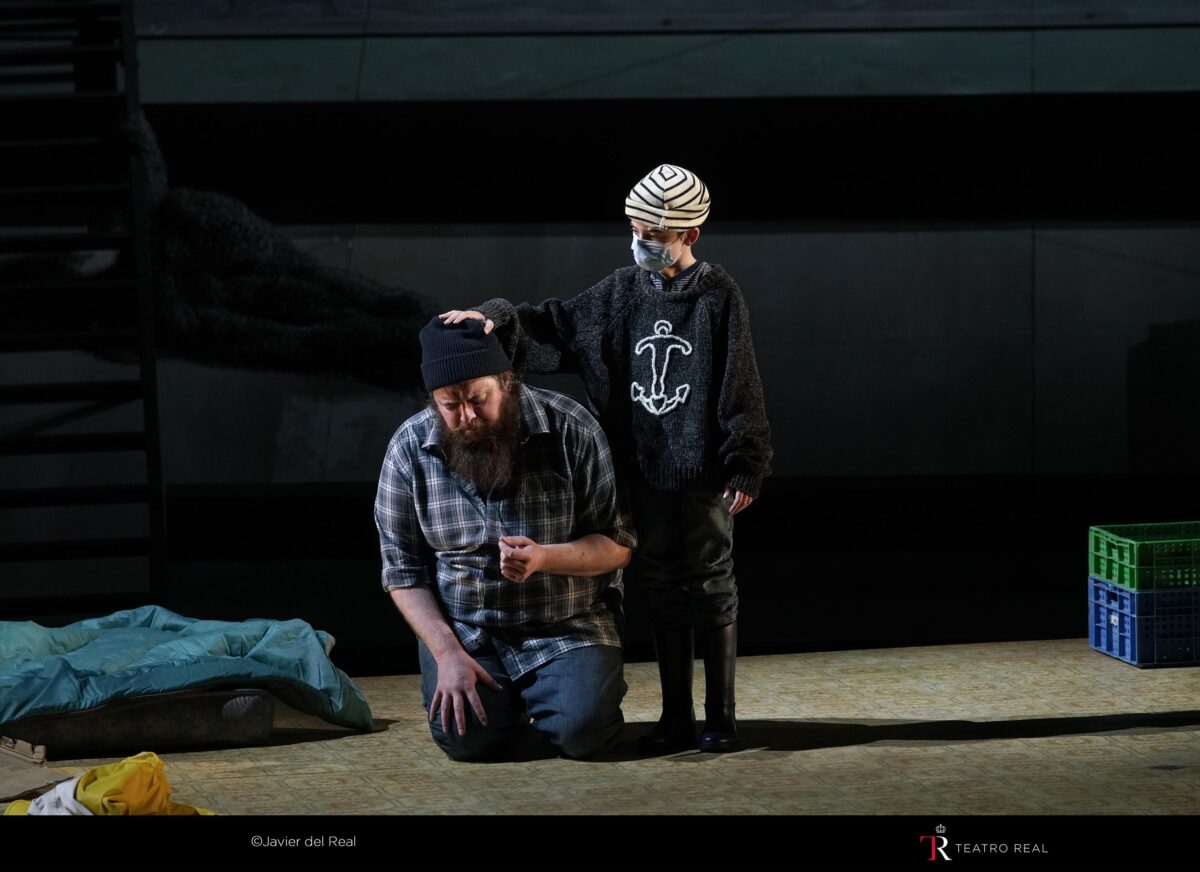 Above: (L-R) Allan Clayton as Peter Grimes, and Saul Esgueva as Child

If there exists a before and after in British opera, then this is measured from the opening of Peter Grimes at Sadler’s Wells in London in June 1945. Greeted as the most important English opera since the time(s) of Henry Purcell, the success of the work was decisive in the evolution of Britten’s operatic talent and consolidating him as the composer who was to become an undisputed reference point of the 20th century.

Based on a poem published in 1810 with a more ethnographic than dramatic focus, Britten constructed a somber parable about the conflict between the masses and the individual. The maritime atmosphere, the crudity of people’s lives and passions, and the complex, impenetrable personality of the protagonist come together in a tragedy that ferments and explodes in the din of silence and hearsay; a tragedy which is immediately forgotten and gives way to the self-righteousness of everyday lives and the movement of the sea itself. After the recent success of Billy Budd, opera and theatre director Deborah Warner returns to the Teatro Real to premiere this coproduction between the Royal Opera House Covent Garden of London, the Opéra National de Paris (or the Paris Opera) and the Teatro dell’Opera of Rome. (Description courtesy of Teatro Real, Madrid).