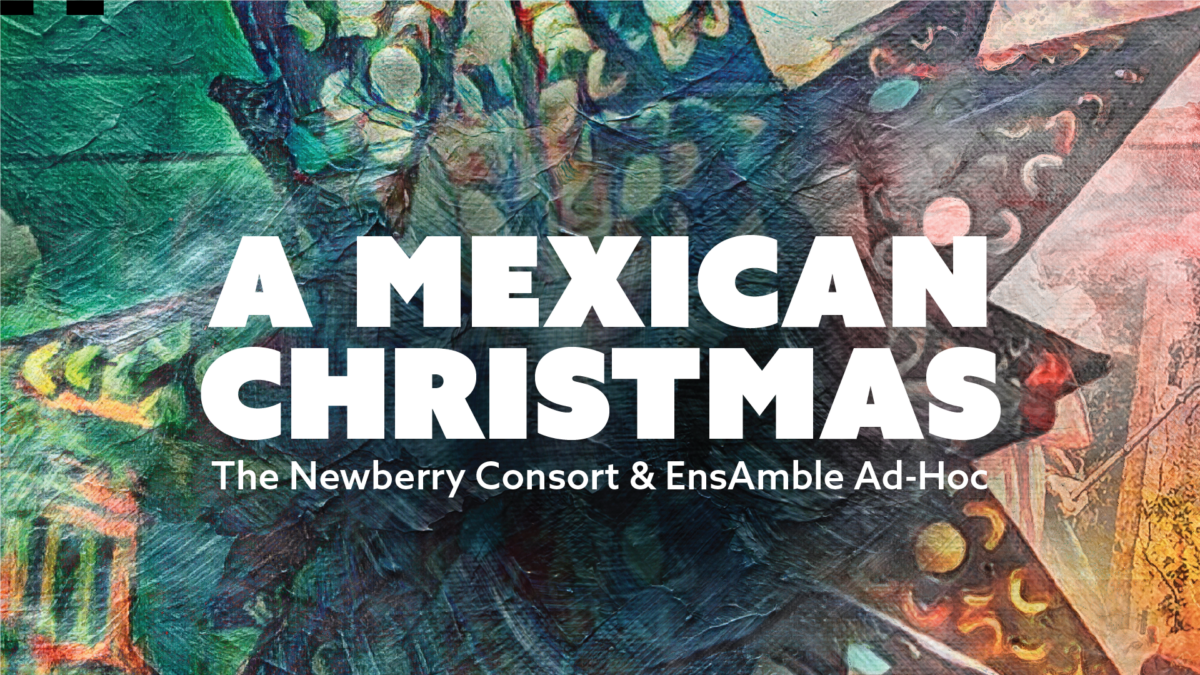 The Newberry Consort and EnsAmble Ad-Hoc present A Mexican Christmas, an album of 17th century traditional music for worship and celebration. The collection features pieces commonly heard in both liturgical service and in the streets, and evoke the solemnity and fanfare heard in Mexico City’s convents and plazas, with jubilant vocals and lively strings, guitars, and percussion. Organ, harp, bassoon, and a variety of Mexican traditional instruments bring this exuberant and diverse music to life. A Mexican Christmas is hosted by soprano Ellen Hargis, Director Emerita of The Newberry Consort, and soprano Francy Acosta, Co-Director of EnsAmble Ad-Hoc. The special is produced by Oliver Camacho and Rebecca Nystedt.

This program features selections from A Mexican Christmas on Navona Records (NV6375).

About the Newberry Consort
The Newberry Consort brings together singers and instrumentalists of the highest caliber to create historically informed performances of music from the Middle Ages, the Renaissance, the Baroque, and beyond. By integrating historical performance and research with contemporary themes and multimedia, we inspire audiences, musicians, and scholars by providing a window into earlier times and diverse cultures. The Consort continues to uplift Chicago’s early music community through mentorships, teaching, and engagement of local artists. A Mexican Christmas was produced by Newberry Consort Director Emerita Ellen Hargis, who served as Artistic Co-Director of the ensemble with David Douglass from 2008 to 2022. Ellen Hargis and David Douglass were honored by Early Music America with the 2022 Howard Mayer Brown Award for lifetime achievement in early music.
newberryconsort.org

About EnsAmble Ad-Hoc
EnsAmble Ad-Hoc was founded in Colombia by soprano Francy Acosta and lute & baroque guitar player José Luis Posada. Interest in the ability to better approach the music they performed brought them to the US, where they pursued graduate studies in early music. The core duet may invite ad-hoc musicians, according to the demands of each program. The members of this ensemble are proud and excited to be collaborating with the Newberry Consort once again, as they bring to life musical jewels of Colonial Mexico.
ensambleadhoc.com