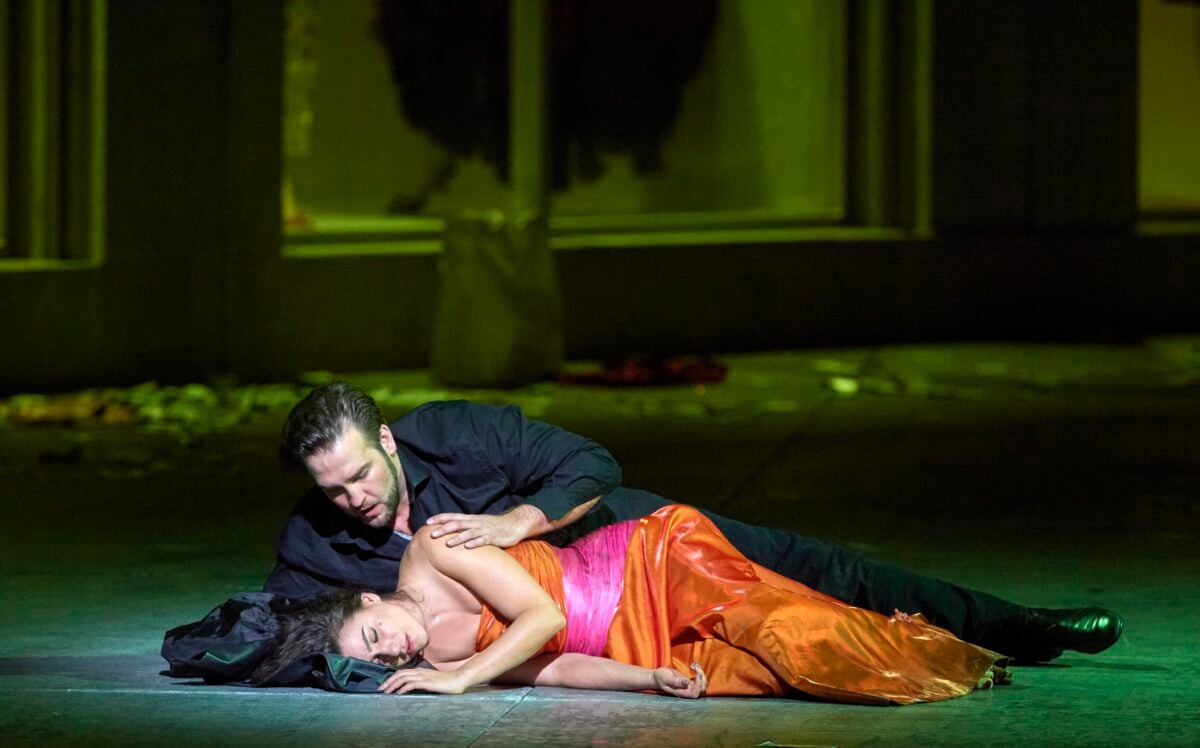 Vienna State Opera, one of the most influential and historically important opera houses in the world, brings two excellent performances to US airwaves: Mussorgsky’s Boris Godunov and Puccini’s Manon Lascaut.

Modest Mussorgsky wrote but a single opera in his life; however, it was enough. Boris Godunov came to define the Russian composer’s career and assumed a life of its own before it was even completed. With a libretto by Mussorgsky himself, based on the play by the great Aleksandr Pushkin, Boris Godunov is an epic story about the responsibilities and temptations of power and the infighting and backstabbing on the way to the coveted throne.

Puccini’s Manon Lescaut spins the tale of a young woman from the provinces caught in between the love of two men. Manon is torn between the poor student des Grieux and the wealthy Geronte, between love and luxury. Asmik Grigorian sings the title role, with Brian Jagde as Des Grieux and Artyom Wasnetsov as Geronte de Ravoir. Francesco Ivan Ciampa conducts.

The Vienna Opera House is a marvel, with a deep history that touches the very core of Austrian and European classical music. The structure of the opera house was planned by the Viennese architect August Sicard von Sicardsburg, while the inside was designed by interior decorator Eduard van der Nüll. It was also impacted by other major artists such as Moritz von Schwind, who painted the frescoes in the foyer, and the famous “Zauberflöten” (“Magic Flute”) series of frescoes on the veranda. Neither of the architects survived to see the opening of ‘their’ opera house: the sensitive van der Nüll committed suicide, and his friend Sicardsburg died of a stroke soon afterwards.

On May 25, 1869, the opera house solemnly opened with Mozart’s DON JUAN in the presence of Emperor Franz Joseph and Empress Elisabeth. The popularity of the building grew under the artistic influence of the first directors: Franz von Dingelstedt, Johann Herbeck, Franz Jauner, and Wilhelm Jahn. The Vienna opera experienced its first high point under the direction of Gustav Mahler. He completely transformed the outdated performance system, increased the precision and timing of the performances, and also utilized the experience of other noteworthy artists, such as Alfred Roller, for the formation of new stage aesthetics.

This opera is brought to you through the European Broadcasting Union, by way of the Austrian radio organization Österreichischer Rundfunk.